Activ8 Focus & Energy drink works. It’s not only delicious and hydrating: It boosts your focus, energy, reaction speed, and more. But what Focus & Energy ingredients have these effects? How does it work? Let’s have a closer look at the scientific proof behind these claims.

Bacopa Monnieri has been considered a medicine for the treatment of mental conditions for a long time now. There is an increasing interest in Bacopa for its positive cognitive effects. Some studies have shown positive results in response speed and better information processing.¹

Bacopa acts on the central nervous system as an antioxidant. It protects against β-amyloids. β-amyloids are peptides² that have a disrupting effect on the memory, Bacopa Monnieri helps to prevent this. It also maintains Acetylcholine Levels: Acetylcholine³ is an important substance messenger in the brain that not only contributes to short- and long-term memory, but also affects resolving power.

Choline is an important nutrient that has many functions in the body and brain. Choline has to be consumed through nutrition If you don’t consume enough Choline it can cause problems in your body but also a decline in your cognitive performance.

There’s sufficient evidence that Choline Bitartrate can be absorbed by the body and converted to acetylcholine. This plays an important role in cognitive function and brain development.

A Choline Bitartrate supplement can contribute to cognitive performance4, especially when the recommended daily allowance can’t be met.

Tyrosine is the precursor of Dopamine and Norepinephrine, which affect your mood and cognitive performance.

Research on the effect of Tyrosine shows variable results5. Positive results on cognitive performance were only perceived in stressful or high-pressure situations6. The reason for this is that during these moments there’s an increased production of neurotransmitters that need more nutrients (L-Tyrosine).

Blue light is light with high energy and is a part of sunlight. Blue light also gets radiated by computer screens, tablets, smartphones, TV, and led lights. Too much blue light can cause damage to the retina7. Besides that, it also slows down the production of melatonin, which can cause sleeping problems.

Mango leaves9 contain a high concentration of the active ingredient called mangiferin. Zynamite® is a patented proprietary Mangifera indica extract. In tropical regions, the leaves are used to make a healthy tea that’s consumed to prevent exhaustion and fatigue.

Mangiferin has many health benefits. It’s anti-inflammatory, anti-bacterial, and known as an antioxidant. It’s also known to have several cognitive effects, such as maintaining acetylcholine levels and improving memory and the ability to learn.

Zynamite contains 60% mangiferin. It has been researched if Zynamite could replace caffeine. EEG studies show that the electrical activities in the brain from caffeine and zynamite are comparable. Both ingredients can also reinforce each other10.

Zynamite doesn’t have any effect on sugar levels and heartbeat but does reduce fatigue and has a positive effect on reaction speed.

Caffeine is the most used active ingredient, not only in the form of coffee and tea but also as a supplement11. The most important mechanism in caffeine is that it’s an antagonist from the adenosine receptor which reduces the production of Adenosine. This results in the release of more dopamine, norepinephrine, and serotonin.

Last but not least on the list of Focus & Energy ingredients is Panax Ginseng. Panax ginseng is a very popular herb used to prevent absentia and loss of memory, yet there’s little scientific basis. The claim that has the most scientific proof is that it can improve memory. Some results show that 200mg Panax Ginseng improves focus and the processing of information. Research shows13 that improvement of cognitive performance was only present when the subject had to carry out difficult tasks. There was also a decrease in mental fatigue as a result of mental strain.

The mechanism has yet to be resolved. A theory is that the observed effect has something to do with the effect on the blood sugar level. Panax ginseng may improve glucose transport to the brain, which causes the glucose in the blood to drop but increases the concentration of glucose in the brain. In the brain it can be used as fuel and improve cognitive performance.

We strive to be as transparent as possible about our products and ingredients. If you have any other questions regarding the Activ8 Focus & Energy ingredients, feel free to contact us. 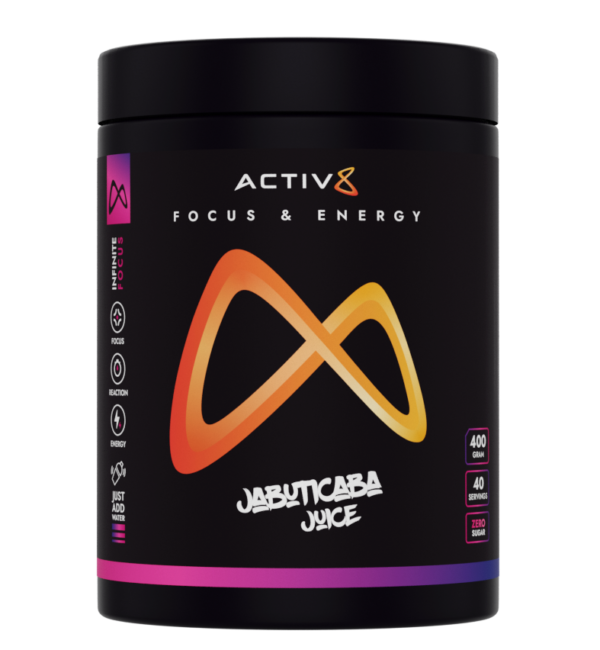 Ever heard of Jabuticaba? No? Well, let us tell you: It's amazing.
Add to cart

Tastes like pineapple and strawberry, but better.
Add to cart 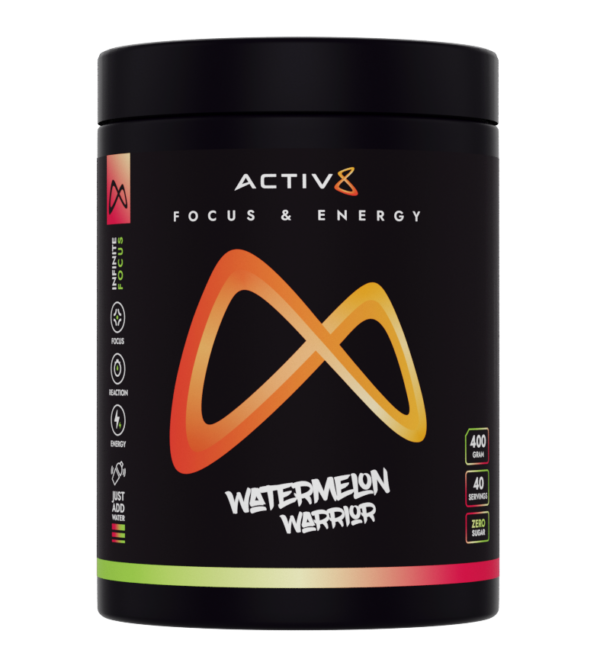 Watermelon? Yes, please! This Infinite Focus and Energy drink is one in a melon! 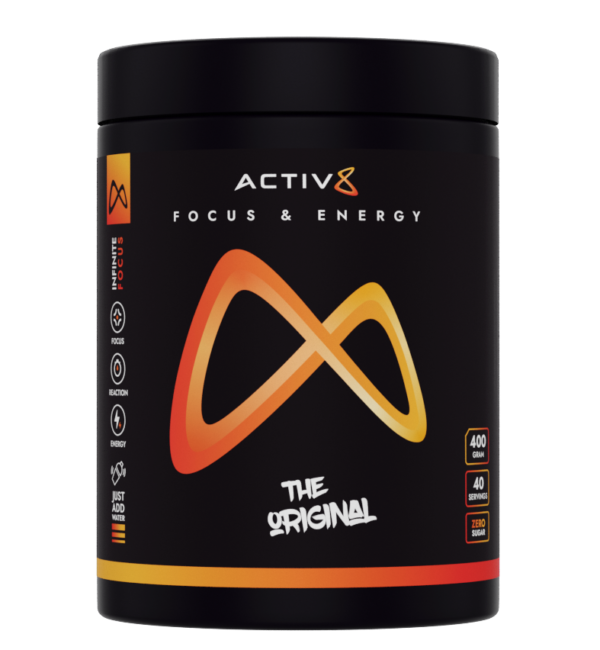 The one and only. The Original. The must-try. What are you waiting for?
Add to cart

Subscribe for latest news, events and promotions. We only drop good stuff into your inbox.