Sometimes you’re reading a book or watching a fictional movie or tv-show you wish you could transport to. And, I don’t know about you, but for us, it’s the food and drinks in those fictional worlds that sound really good. I mean: Harry Potter’s butterbeer? Star Wars’ Blue milk? Teletubbies’ Tubby custard? The BFG’s Frobscottle? Yes please, sign me up! But what about fictional video game drinks?

Drinks in video games have been around for ages (Tapper anyone?). Gamemakers can’t just use Coca-Cola, Heineken, or Gatorade in their games. Not only because of copyright issues, but it would also be pretty weird to have your Animal Crossing character chugging a 500ml can of Monster Energy. So, to avoid copyright issues (and weird situations), they’ve come up with fictional drinks that add to the experience and story of the game. From Sprunk to Lon-Lon milk, it’s all amazingly cute and all that, but what in the world do these video game drinks taste like in real life? Let’s have a closer look!

Lon Lon milk and Chateau Romani are both kinds of milk: One comes from the Lon Lon Ranch and the other from, you guessed it, the Romani Ranch. They both aren’t just regular kinds of milk, as they both contain special powers. Lon Lon milk will energize you as soon as you drink it, by giving you 5 hearts. Chateau Romani is more of a sophisticated kind of milk: It’s vintage (okay, vintage milk doesn’t sound too great, to be honest). It will give you magic powers that last 3 days! Now, you’re probably wondering what they’re feeding those cows to create these video game drinks… Well, we wish we knew: That would make a hell of a milkshake.

Another blue juice, just like Nuka-Cola Quantum, but this one has healing powers (and not just a shitload of sugar). Slurp Juice is made by Slurp Co, which is located in the Slurpy Swamp. Even though it looks super yummy and reminds us of a blue lagoon cocktail, there are many hints in the game that suggest that this glowing drink is made from toxic waste and mushrooms that grow in the Slurpy Swamp. A blue lagoon cocktail sounds a lot better, right? Well, you never know what else they put in there to make it possibly taste OK, but if it was up to us: We would leave out the mushrooms. And the toxic waste.

Sprunk, AKA the essence of life, is like Sprite’s “I didn’t want to invite him, but I felt guilty if I didn’t”-uncle. According to the in-game radio commercials “It contains 10 times the caffeine and sugar, mixed with mercury, ether, and benzene, and packaged in fragmentation grenade-shaped cans.” Oh, yeah, and it tastes like lemon and lime. Sprunk also comes in a diet version, where they replaced the sugar with cancerous neurotoxins. Sounds refreshing, right!? We might want to skip this video game drink.

Juggernog is also a health potion. In the game, you can find Juggernog machines that have quotes written on them: “Made with real eggs!”, “That’s a good nog!”, “Take a tug on that sweet, sweet Jugg.”, and “Ice Cold”. On the back of the Juggernog can, you can find the ingredients: Carbonated milk, powdered crocodile eggs, spinach juice, pure gumption, and fortified with iron. So, long story short: This video game drink is a sweet carbonated alcohol-free crocodile-eggnog. And even though there’s spinach in there, it’s red. It might not sound yummy for some people, but we would give it a try even though it contains 1000 kcal per can.

Of course, there are plenty of other video game drinks, juices, and potions that sound very interesting. Runescape has the Wizard Mind Bomb, DayZ will treat you with a bottle of Rasputin Kvass, in Team Fortress they love a can of Bonk Atomic punch, and of course, there’s GTA with its lovely and sophisticated video game drink called Pisswasser (meaning PISS WATER). 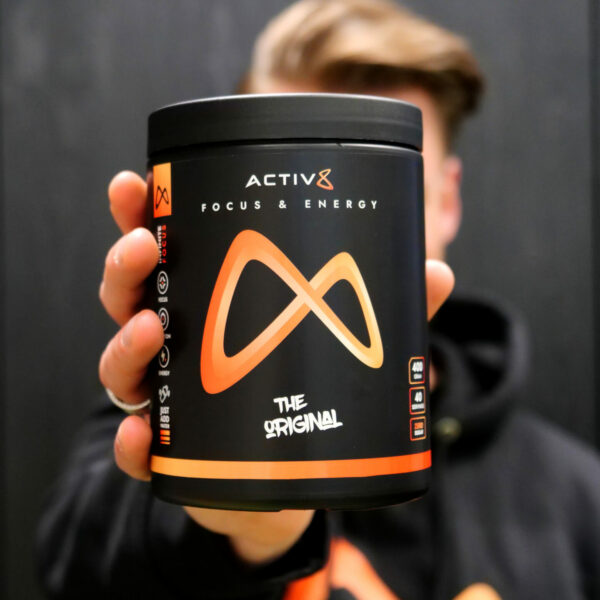 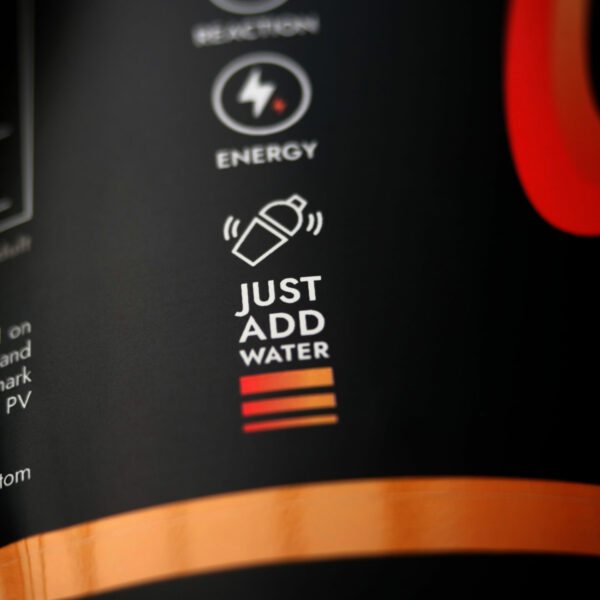 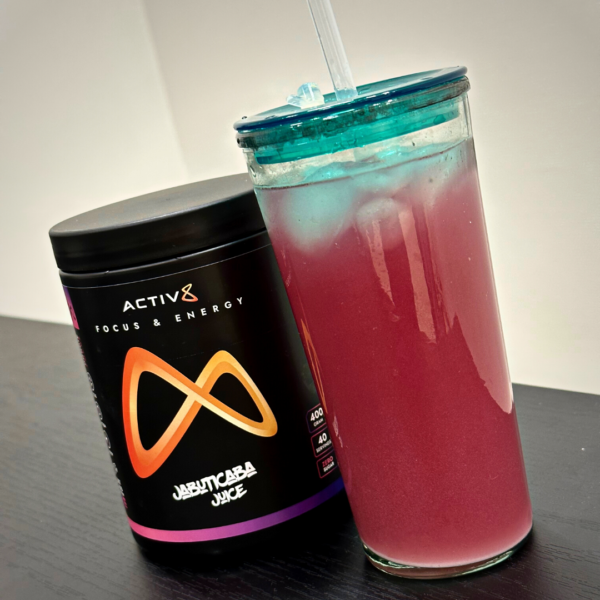 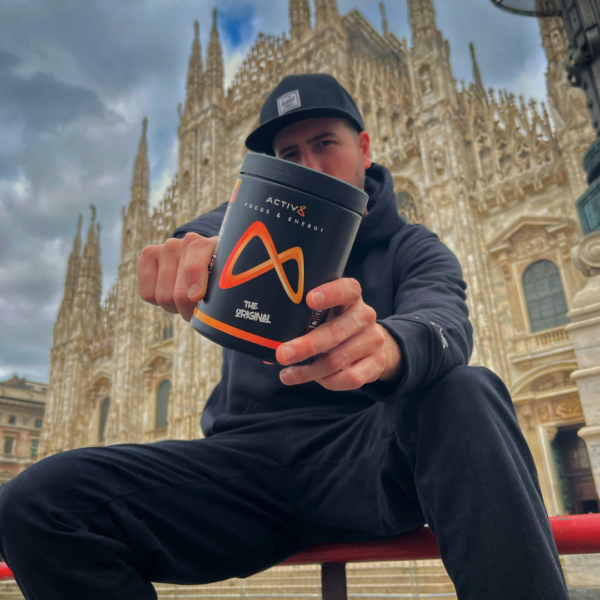 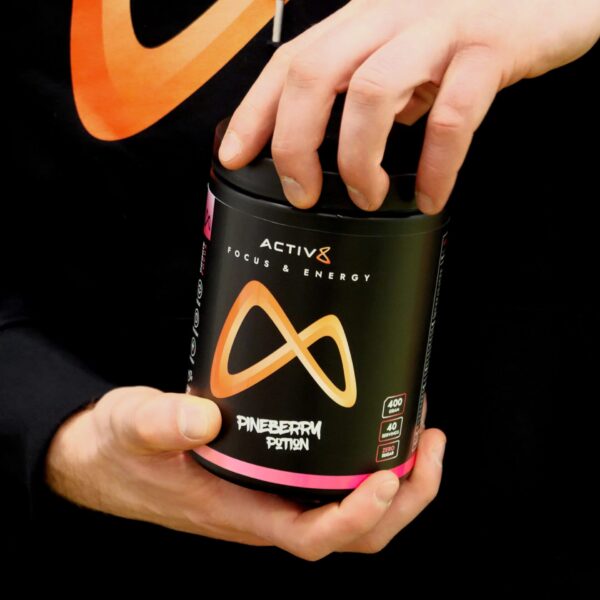 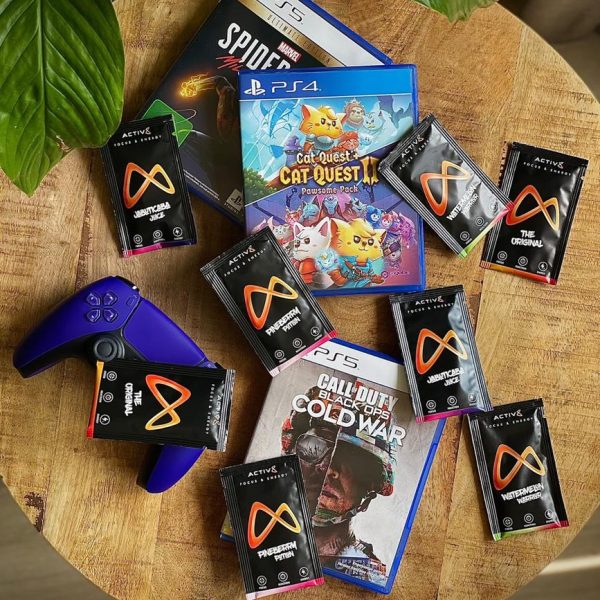 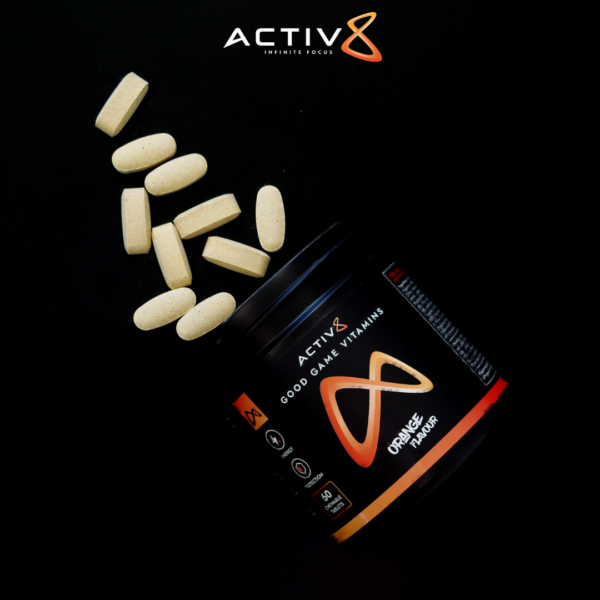 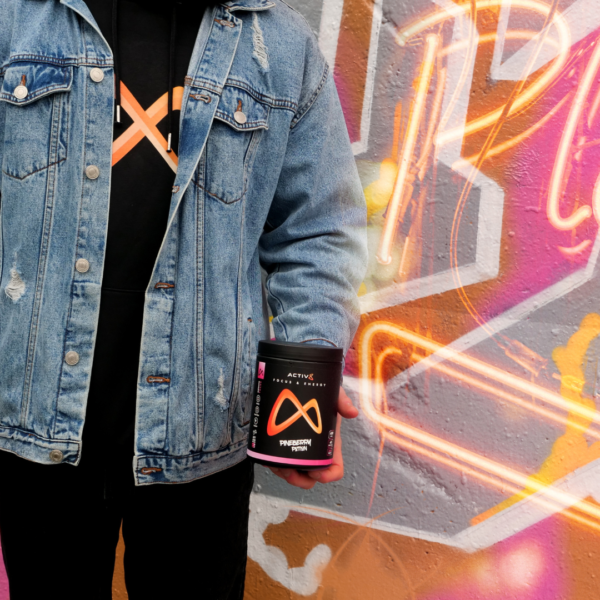 Subscribe for latest news, events and promotions. We only drop good stuff into your inbox.

Activ8 is here to boost your gaming experience

A closer look at the Activ8 products